As I sit here on Day 2 of our trip to Merida trying to gather my thoughts for writing an article about Day 1 I find myself needing another Corona, so I’ll be right back.

Alright, I’m back. You see, the problem is that when we purchased a twelve pack of Coronas from the Super Aki we didn’t realize until after we got them back to our rental house that they were actually tiny 210 ml (~7 oz) Coronitas, which is Spanish for “Beer for toddlers”. These things are tiny! On the plus side, holding one makes me feel like I have Andre the Giant hands.

Our official first day in Merida was not Day 1, but the day before Day 1 (Day 0.9?*) We landed in the Merida airport just after 7:00 pm, succesfully lurched through customs, and got a taxi to take us to our rental house – Casa Claire – about 15 minutes away via very fast, darting taxi.

We needed food for our travel-worn bodies by this time, so, naturally, we sought out one of the nearest pervayours of pizza – La Fogatta. There’s no better way to start off a trip to any non-Italian foreign country than having pizza, the preferred food of Earthlings regardless of location. I’m pretty sure when humans finally conolize Mars one of the first structures built will be a pizzaria, which is exactly what the Founding Fathers would have wanted. God bless America! As you would correctly assume, the pizza was fantastic. 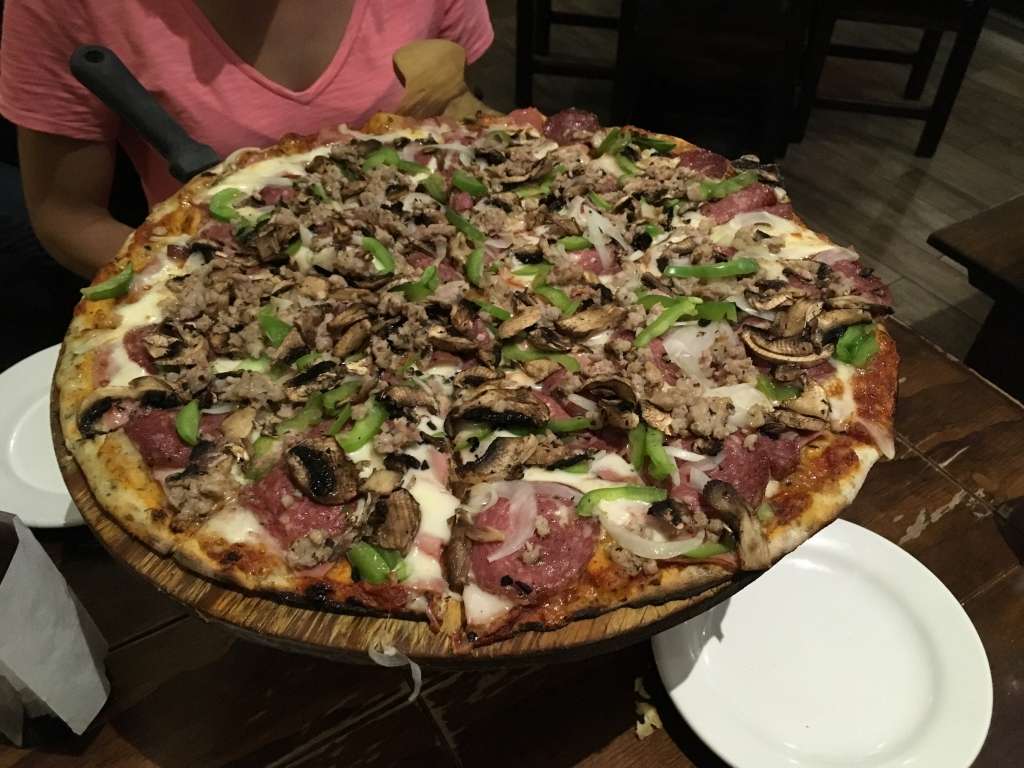 But anyway, back to…

Day 1 is when our adventures truly began in earnest. Our bodies began the day by waking up far earlier than any of our minds actually wanted, but we gave in and rose at 6:30. We needed breakfast so we found online a place a few blocks away, walked a few blocks away, and discovered it was no longer there. From there we wondered aimlessly, allowing the gravitational pull of food to tug our digestive systems in various directions, until we ended up at Escargot, a French bakery that also sells damn fine breakfast items such as coffee, pancakes, and this insanely awesome thing I forget the name of: 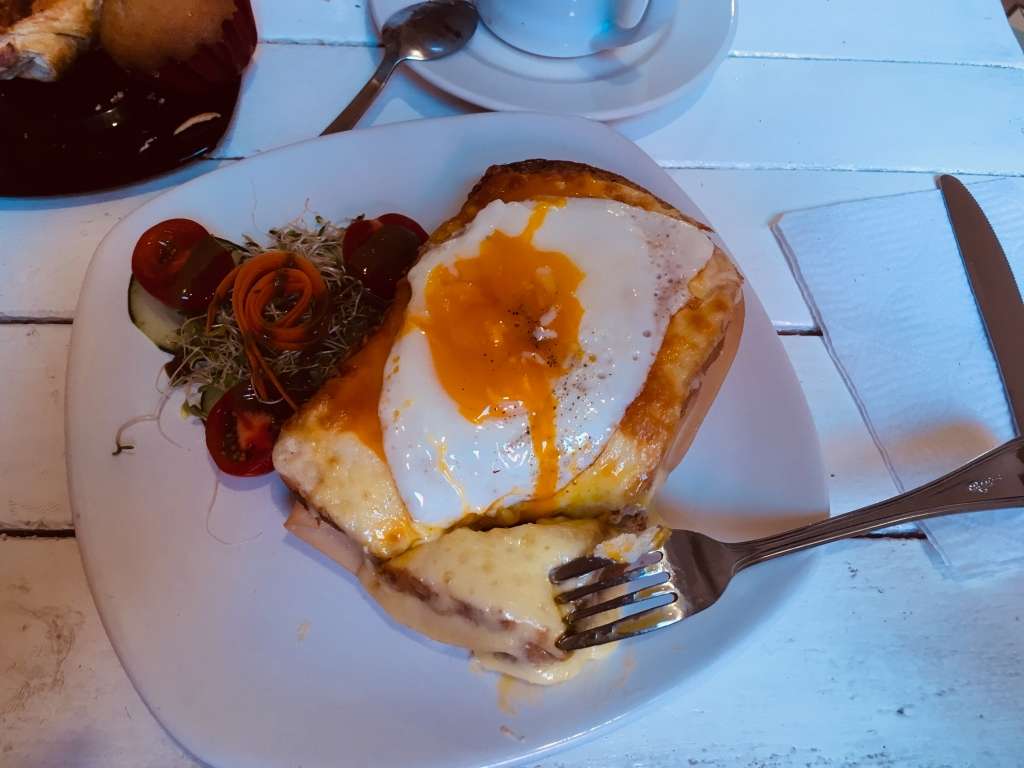 After breakfast we set off to explore a nearby market, where we didn’t buy anything. After exploring the nearby market, we walked many, many, MANY blocks away to explore a much, much, MUCH larger market. This second market consumed several city blocks in size and offered everything from fruit to phone chargers to very revealing lingerie on shapely manaquins I definitely did NOT stare at until my wife had to snap her fingers in front of my face so we could keep moving to more phone chargers and also fruit.

Here we loaded up on many** very heavy dragon fruit and mangos that I had to carry in MY backpack all the way back to the rental house, which was easily a 30 mile hike in 400 degeree heat according to the lobe of my brain responsible for complaining.

After recharging our batteries. We ventured out into the dark Merida streets for dinner and “night life” adventures. We ate at at Cafe Peon Contreras where we sat outside and enjoyed some live music. We then headed to Plaza Grande where we enjoyed a very lound and well-populatd outdoor music performance and watched a street artist create some ridiculously amazing ethereal artwrok using nothing but spray paint, fire, and paper.**

If you’re interested, here’s a ton of random pictures from Day 1. I’m going to go have 38 more toddler beers!

*Cut me some slack. I’m no mathematologist. For all I know it could have been Day Pi.

***Back in the late 90s there was a guy down on 6th street in Austin who made the exact same type of artwork.