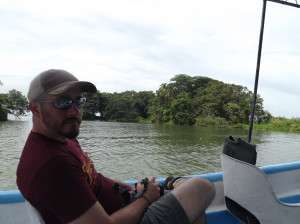 My name is Clif Haley and I’m an expact from Texas living in Granada, Nicaragua. I moved here only a few months ago with my wife and 4-year-old son. Why? Well, that’s a question I got asked a lot when we decided to move. Here’s the scoop:

I was born and raised in Central Texas and have spent all 39 years of my life there. That’s an awfully small scope of existence given that the world is 30,000 or so miles across. And when I say I’ve spent all of my life there, I pretty much mean that literally. Up until coming to Granada I’d only ever been to a few places in the U.S., and even then usually for just a couple of days for work related detail, not for the life experience of it.

Yes, my first time ever leaving the good ol’ U.S. of A. to visit a foreign land was to actually move to a foreign land. Is that bold? Most people said I was nuts. But then, again, most people I know had also spent basically their whole lives in Central Texas. So that was my first motivation: just do something adventurous and see a part of the world completely new to me.

My secondary motivation was less philosophical: money. The cost of living in Granada, Nicaragua is very low here, making my salary go quite a bit further that it does in the states. I see this move as a chance to pay very little to live, allowing me to divert more money into paying off old debts and then into investment. That’s my boring, fiscal, non-swashbuckling reason for coming here. Of course, it helps to pull this off that I work online. My job was already a remote position that I worked from home, so relocating had zero impact on my employment.

What do I think of living in Granada, Nicaragua, having come from a planned, cookie cutter neighborhood in the sprawling suburbs of Austin, Texas? I absolutely love it!